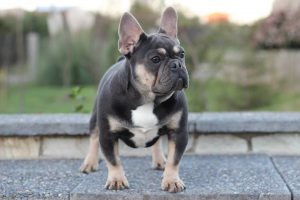 “My dog has championship bloodlines, and I have pedigree papers to to prove it”

Anyone neck deep into the French Bulldog world would know how bad and fraudulent pedigree papers could be. With a very lax registry system, and a totally unregulated, ungoverned and unchecked industry, are your dogs pedigree worth the paper its written on?

I have alot of experiences and horror stories about the pedigree papers shenanigans I’ve witnessed amongst many breeders, and I’ll continue that another day. But right now, for the first time in a gazillion years, the actual registry ANKC have surprised everyone and removed about 4000 French Bulldogs from the main registry due to fraudelent registration submissions. Boom! There’s alot more to this story, but in short, its great news, a great step, and about time!

So, Is Your Dog’s Pedigree Worth The Paper it’s Written On?

Here’s an extract from Dog Magazine which pretty much nails it on the head:

A pedigree, for those of us who have never needed to know, is a document that is supposed to prove the genealogy of an animal. A pedigree dog is one that has his ancestry recorded. For years the word ‘pedigree’ has been taken to be synonymous with ‘of good stock’. A pedigree is, in reality, nothing more than a family tree. It doesn’t specifically prove a dog is ‘pure bred’ – after all, a crossbreed could have a pedigree too, provided the ancestors can be established and recorded on a piece of paper. What we’re going to talk about is Kennel Club registered pedigree dogs.

Having a pedigree increases the value of a dog and depending on his ancestry and other factors including hereditary health problems or lack there of, can increase the amount that the owner can charge in stud or litter fees. But for the whole pedigree system is left vulnerable to abuse, it would take only one person to register their dog dishonestly and, if they did, then every dog listed in the pedigrees of dogs related to that dog or dogs would be false.

“It is relatively easy to falsify parentage as registrations are taken on trust”. – James Skinner, The Kennel Club.

Why Would Someone Lie When Registering A Pedigree?

The overwhelming majority of breeders take advantage of the pedigree system in order to ensure that their dogs are registered and that their parentage and genealogy are recorded. This is supported by the Kennel Club’s policy, in which they aim to ‘to promote in every way, the general improvement of dogs’.

By registering your litter or puppy with the Kennel Club, you are able to demonstrate to others the parentage and genealogy of your dog(s). So if you have a champion somewhere in the bloodline, you can charge more for pups or matings. Professional kudos can be had with an impressive pedigree in ones possession, for example a collection of champions or winners all linked to one kennel, could enable a person to charge higher fees for training or advice.

Essentially, it is professionally beneficial for breeders to have the most impressive pedigree possible.

Is it difficult to forge a pedigree or registration?

It costs $16 to register a litter with the Kennel Club and once done you have Kennel Club accredited ‘proof’ that the dog or litter is from the same the bloodline as the other animals on the pedigree. We asked James Skinner, spokesman for the Kennel Club, whether there had been any cases of false registrations that the Kennel Club had knowledge of.

“There are instances of false registration dealt with by the Kennel Club’s Disciplinary Committee, which often result in a lengthy ban on registering dogs, attending shows and being a member of a club. One such case last year resulted in a ten year ban for the person responsible.”

He also mentioned that Trading Standards may become involved with cases where people are selling or earning money from dogs that have a pedigree that is false.

The fact that registrations are taken on trust conflicts with the fact that Kennel Club, the only organisation that can register pedigrees in the UK, is apparently aware that false registrations of dogs or litters have been made. The fee of $16 to register a dog with the Kennel Club ($14 for ‘Assured’ breeders) is apparently a small price for a dishonest breeder to pay in return for adding value to a litter of pups.

Surely if even one person has falsely registered a litter with the Kennel Club, then the whole system is flawed?

Possibly, especially if it happened a long time ago and further generations have been bred from that dog. If you look at it in a similar way to the income tax system.

The Inland Revenue relies on people accurately declaring their earnings, inevitably some will deliberately mislead the Inland Revenue, but this does not necessarily mean the whole system is flawed, in the same way it does not necessarily mean that because of certain individuals making false registrations that the entire pedigree system is flawed, but it does leave it open to misuse.

The veracity of the pedigree system relies on all registrations being accurate and credible. One false registration renders all subsequent registrations of related dogs or litters false as well. Given the fact that there are currently no measures in place to check the parentage of a dog or litter before a pedigree is ‘rubber stamped’ with the Kennel Club logo, a breeder or dog owner who has falsely registered a dog or litter, even if the Kennel Club take retroactive action, could still have a copy of the false pedigree with which to trade from and further dilute the legitimacy of the entire pedigree system.

Realistically though, what would cause a person to want to falsely register a dog or litter?

The motivation for doing this is always different. Perhaps a bitch is left with a stud dog owner for a mating and that stud dog is ill or cannot perform. Rather than risk losing the fee and damaging the reputation of a valuable dog, the stud dog owner could easily mate the bitch to another dog of the same breed, even a relative of the original stud dog without the bitch’s owner ever knowing.

Unless something about the litter arouses suspicion, the owner of the bitch is unlikely to even know and is less likely to wish to broadcast the fact that his litter is worth less than he thought, throughout the dog owning or showing community should he ever find out. It is even feasible for people to trade from the name of a stud dog that has passed away if they have his pedigree and a similar looking dog of the same breed.

Dogs are often known more by their record, pedigree or reputation than by their looks. The very fact that the Kennel Club has admitted to having dealt with false registrations proves that people do it.

Can pedigree fraud be proved and if so what can be done about it?

James Skinner explained that “The Kennel Club runs a DNA parentage profiling scheme which will identify the correct parentage of a given dog – samples are required from the dog and both its parents to give a positive answer.”

So although it can be proved, doing so would require the cooperation of both parties. Obviously the person wishing to find out the parentage of a dog would be prepared to supply DNA material, but the dog owner who may have registered a dog or litter falsely and wishes to conceal the parentage of a dog is not as likely to cooperate. It is entirely feasible that the owner may claim that his dog had since died and been cremated, or had escaped to avoid providing evidence to support or disprove his registration.

Trading Standards could be involved at this point, and The Sale of Goods Act prescribes that all items sold must ‘conform to contract’.

Any person who knowingly sells items that are not what they are claimed to be could be subject to legal action as this would put them in breach of the Trade Descriptions Act. It is just a case of the person being aware that the dog they bought had a false pedigree and being able to prove it.

A pedigree is a piece of paper that is supposed to prove the parentage and genealogy of a dog. It forms a generation spanning chain as new litters are registered. For every litter, all dogs in that litter can go on to become parents. If the Kennel Club could guarantee that every registration is correct, then the pedigree system would remain credible and would be worth being a part of, but since it cannot, the pedigree system is potentially becoming worthless.

The Kennel Club have confirmed that it is easy to falsify a pedigree and have also admitted that they have had to deal with people falsifying pedigrees in the past yet all of their measures to stop pedigree fraud are reactive rather preventative. The incentives for people to register dogs or litters incorrectly are too high and the consequences of getting caught are not enough to remove the motives. The Kennel Club is essentially admitting that pedigree fraud goes on and are saying that they do nothing to prevent it other than ‘discipline’ members that are caught. They continue to charge £16 for registrations.

For all those that have registered their litters in good faith and have paid $16 to do so, it may be alarming to learn that others are destroying the credibility of the system that they are paying to be a part of. Is the Kennel Club doing enough to prevent this?

There are those who argue that selecting a ‘good’ dog should be less based on pedigree and more about the quality of health tested parents.

Is there any good reason why the Kennel Club should not insist on using the technology and DNA testing methods that now exist and insist that all dogs carrying a Kennel Club endorsement are from their Accredited Breeder Scheme from parents who are health tested?