So, we are getting bombarded with buyer enquiries who have been convinced there are purebred fluffy frenchies! NO, THEY ARE CROSSED!

Some of the breeders now selling these, are so dodgy! Some are even on the banned breeder list on the ANKC websites! Mass producing with over 20 breeding females. Not all, I hope there’s a boutique breeder out there who breeds these extra long furry puppies for passion & health, and not solely for profit. I just haven’t heard of any.

I was there, listening to a group of breeders in 2015, when they were planning to cross with a griffin to create them years ago to capitalise on the craze & popularity of the initial few fluffy ones. God knows how they’ve got ANKC pedigree certificates? And same with Merles, who were crossed with Chihuahuas to get the merle – how do they have purebred pedigree papers??

These are some of the original fluffys from our original post, and they are soooo cute. Not purebred, but definitely cute. We love them btw, and have heard only positive things about them, theyre awesome but just want to make sure the public are informed with factual info before making a decision. Just because someone makes a claim on Facebook, doesnt mean its true!

The very first fluffy long haired Frenchie on the web, ever, was a little guy in UK! Everyone went nuts wayyy back then, must be 7 years ago, and the owner did get a DNA test for the worlds curiousity. It was determined, factually, genetically, by science, it was a crossbreed!

For all the believers: There hasnt been fluffy’s for 150 years, and then all of a sudden there’s a rare long haired gene that exploded into all these fluffy Frenchies? Really!? The earth is NOT flat people!

Here’s our original post way back in 2015 when there were only a handful in the world. Breeders saw the popularity and now, just a few years later we have fluffy ones advertised regularly across Facebook.

They are beautiful, but its important for buyers to understand that the temperament, traits, and personality of the French Bulldog would be altered and maybe little different as a cross bred dog. Example, the one I met in person was absolutely gorgeous, but it barked, and barked, and barked. I dont think it even took a breath. This yappy-ness would certainly have been inherited from the other breed in the mating. Maybe the Griffin or Terrier breed used for the cross. Purebred Frenchies are typically very social and quiet.

Note: If you do buy a crossbreed, and it has ANKC Purebred Pedigree papers, OBVIOUSLY there’s been some fraud going on! Would you really trust that breeder? 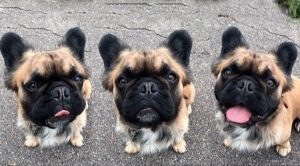 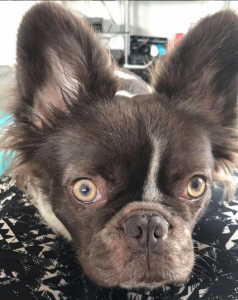 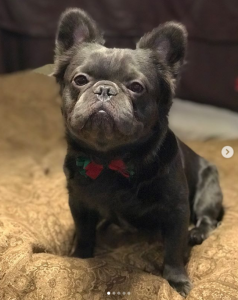 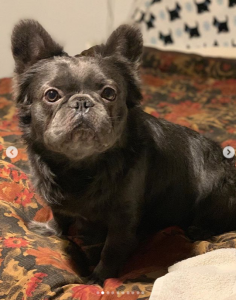 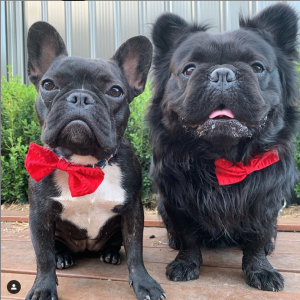 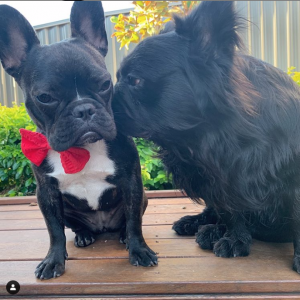 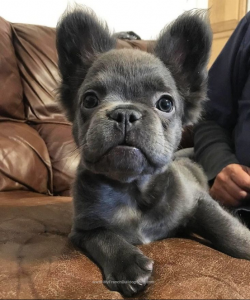 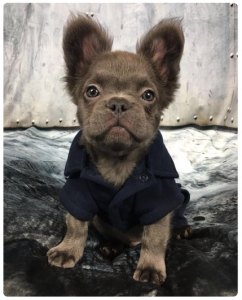